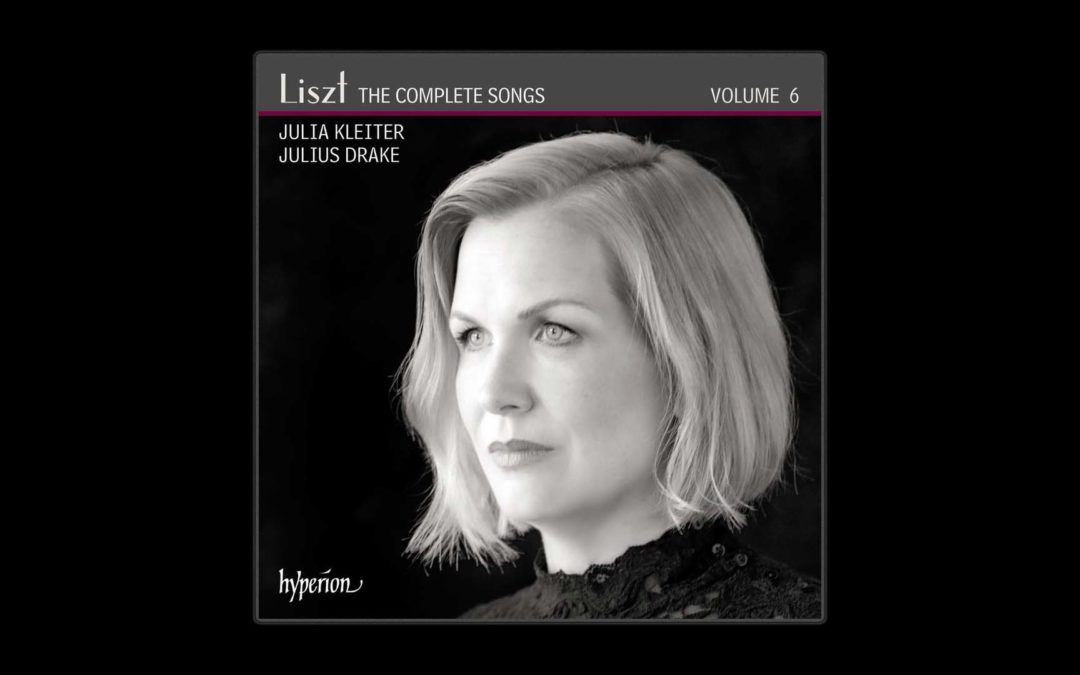 Julius Drake has released the sixth volume of his acclaimed Liszt: The Complete Songs series on Hyperion. This tantalising recital, featuring soprano Julia Kleiter, was named a Gramophone Editor’s Choice in the February issue. Tim Ashley writes in the magazine’s review that, “The performances here blaze with conviction. Kleiter’s tone is wonderfully even and exceptionally beautiful over a wide vocal range, and her commitment is never for a second in doubt…Drake is similarly at his best here…A marvellous disc and a great recital in its own right, this is arguably the finest instalment of the series to date. Do listen to it.” BBC Record Review adds, “[Drake] is equal to the demands of the piano writing, conjuring all the drama of the shipwreck in ‘Loreley’ as the siren tempts the sailors on to the rocks. It’s a fine recording as well, the whole thing as good as anything in this series so far.”

“With this instalment of the series, we once again encounter Liszt the cosmopolite, Liszt the friend of the Hochadel (high aristocracy), and Liszt the perpetual tinkerer with his own works. Once again we go back and forth between initial versions of a song, when the composer’s response to the words was new, and later versions, when an older, sadder, but always restlessly experimental composer was exploring avenues different from those of the firebrand in the 1840s.”

For more information, to listen to excerpts from and to purchase Julius Drakes’ Liszt: Volume 6, please visit www.hyperion-records.co.uk.