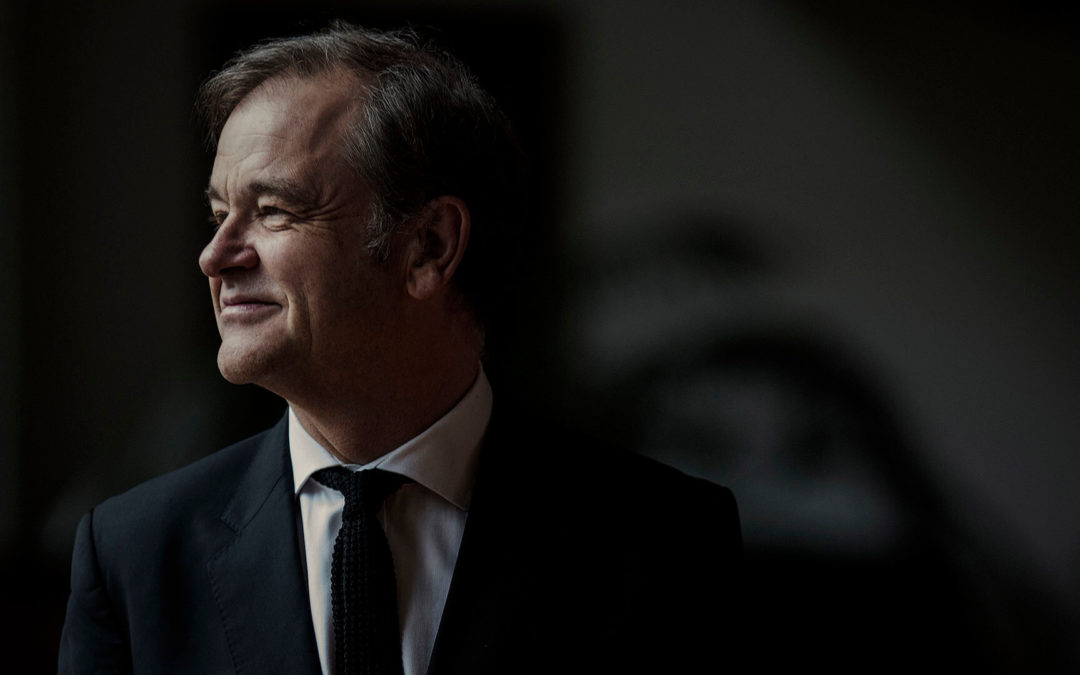 Sometimes you know the quality of music by the depth of the silence when it ends. Last night at Middle Temple Hall – and thank Mahler’s mystical heavens for it – the final ghostly “Ewig” of Der Abschied faded away into a soundless void that lasted just as long as it had to.

No braying dunces shrieking “Brava!” spoiled the stillness that Alice Coote and pianist Julius Drake left in the wake of the supreme rhapsodies of leave-taking that close Das Lied von der Erde. On Remembrance Day, at the finale of this recital devoted to Mahler’s “songs of life and death”, that silence felt more than golden. Julius Drake’s “Temple Song” series has brought many of the world’s great voices to this magical Elizabethan hall tucked away in London’s semi-secret enclave of the law. On this showing, Drake’s loyal audience deserves a rave review as well.

With the pianist-impresario as equal partner rather than lowly “accompanist”, Alice Coote’s majestic mezzo and Stuart Jackson’s full-flavoured, well-grounded tenor shared the vocal duties. Jackson sang the Lieder eines Fahrenden Gesellen, and Coote the Rückert Lieder. Post-interval, Jackson returned for two numbers from Des Knaben Wunderhorn which led without a break – controversially, perhaps – straight into Coote’s Der Abschied. If all that sounds like an unduly gloomy dose of Mahlerian Angst, Weltschmerz and other misery-inducing nouns, the performances brought out the sweeping range of emotional, as much as musical, colour that his songs often contain. Both singers – not to mention Drake’s bitingly expressive rendering of a whole orchestra’s panoply of effects on his keyboard – captured the crackle of wit and irony that fizzes around even the saddest lines. Both also relished those melting, ethereal moments when the Mahler clouds part to reveal glimpses of celestial bliss. The evening as a whole traversed an operatic span of feeling that kept any risk of melancholic monotony at bay. And the hall’s fine acoustic – a revelation to me – held the voices in its warm but firm embrace.

In the Lieder eines Fahrenden Gesellen, with its bittersweet echoes of Schubert’s Winterreise, Jackson navigated the mood-swings of the wayfarer’s songs, across their antic highs and crushing lows, with striking authority. The voice rests on a sumptuously rich foundation – I won’t easily forget his commanding Evangelist in the St Matthew Passion at the Proms this summer – and Mahler’s fabulous spread of tone-colours allowed him to build strongly on a rock-like lower register. If, once of twice, you sensed a slight thinness at the top of his range, the venue might have called for it – the sheer firepower required by an acoustically blunter space might sound crude here. That said, Jackson swept through a wide dynamic range, aided by precise enunciation and intelligent intonation that communicated the journey clearly as well as – where necessary – loudly. He moved seamlessly from the fragile major-key jollity of “Ging heut’ morgen über’s Feld” to the fearsome, dissonant agitation of “Ich hab’ win glühend Messer”, then into the oasis of lyrical respite that ends that song. A touch or urgency, even harshness, does not go amiss here, and Jackson never stinted on exclamatory passion when the music required. In the last song (“Die zwei blau Augen von mine Schatz”), with its funereal opening, the Schubertian Lindenbaum at last promises peace and rest. Yet it still bears bitter fruit; both voice and piano kept that acid touch. Here, and throughout, Drake made the piano part no mere mimic of the singer’s sense but a voice in its own right, with thoughtful phrasing and careful emphasis, and the ability to take centre-stage when the music called for it.

Coote’s Rückert Lieder deepened the night’s mood of wistful heartbreak leavened by flashes of ecstasy. Coote marries her huge and expansive mezzo to an unabashed intensity of feeling – but also a fierce control that, in an intimate venue such as this, heightens the impact. You felt power half-unleashed but kept in reserve in the opening “Ich atmet’ einen linden Duft”, and an unfolding sense of dramatic monologue in the sardonic tone of “Blicke mir nicht in die Lieder”. The cycle turned towards its shattering climax in “Um Mitternacht”, with well-shaped legato lines coiling slowly towards a fortissimo blast of anguish and triumph. After that explosion we needed the resigned farewell of “Ich bin der Welt abhanden gekommen” to feel serene, floaty, unearthly. In Coote’s hands, it did, with a bloom and sheen that made you hear the glamour that glints within Mahler’s despair – this piece can sound as if it stands halfway down the road towards the Broadway torch-song. Once again, Drake played as partner, not as helpmeet, using a palette rich enough to ensure that we never missed the full orchestral works.

In the two Des Knaben Wunderhorn songs, Jackson mingled light and shade, irony and melodrama, with terrific verve, even a grim sense of fun. Mahler thrusts his hapless boy-soldiers into a cruel fairy-tale scene of slaughter and betrayal in which the singer has to sound both hopelessly heroic and a little clownish. With his abrasive edge softened by the interludes of soaring tenderness, Jackson moved forcefully along a fine line between horror and satire, as Mahler’s mock-marches lead doomed squaddies into battlefield hell and a tortured afterlife. After the manic jauntiness of “Revelge”, Drake’s piano part carried us through a landscape of disenchantment and, without a break, into the magnificent valediction of Der Abschied. That made for a bold transition. Without the instrumental journey across no-man’s-land, it might have felt too abrupt. But doubts vanished as soon as Coote wrapped us into the yearning, elegiac yet forlorn sound-world of Mahler’s long goodbye. Separated from the preceding five sections of Das Lied, Der Abschied works its dark magic as a dramatic cantata or even a Liebestod – indeed, Coote, mighty and gentle by turns, brought a Wagnerian soul and scope to the work.

You occasionally feared that her grandest moments – such as the electrifying invocation “O Schönheit” – might prove just too big for this space. But the voice retains its focus and discipline, even in Mahler’s most torrid couplings of abjection and ecstasy. Coote’s phrasing packed all the splendour and sorrow in this farewell to the world’s beauties into finely sustained lines. They could shrink into a silvery stream of sound, or expand into a tumbling cascade. Meanwhile, Drake’s sensitive but never retiring accompaniment really did seem to cover a complete orchestral spectrum of colour and texture. The exquisite slow dimming of Coote’s final “Ewig” held us spellbound. Then came the long silence that said more about the hall’s appreciation than the loudest of hurrahs.